Translated from an ancient Chinese poem written in Han dynasty--

"Since that day you left, we have been staying in two places. I thought it would be a separation of no more than three or four months, but then five and almost six years have gone by!

I have not been in a mood to play my seven-string instrument; and I find no-one to pass my eight-line letter to you; our nine-ring game play chain was broken a long time ago just like our relationship.

I alone wait at the ten-mile-long pony express station, thinking about you hundreds of thousands of times a day. Even one million dollars won't eliminate my resentment toward you!" 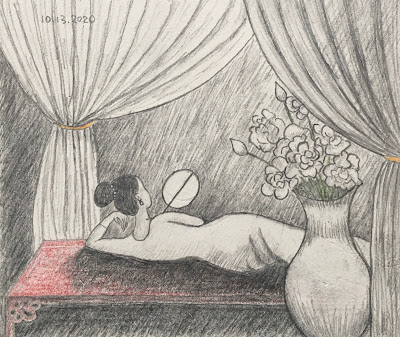